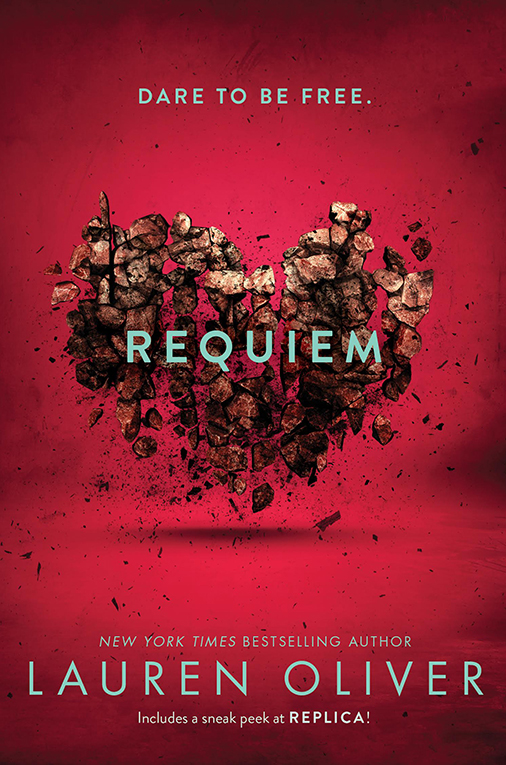 Now an active member of the resistance, Lena has transformed. The nascent rebellion that was underway in Pandemonium has ignited into an all-out revolution in Requiem, and Lena is at the center of the fight.

Since Alex reappeared, resurrected but also changed, twisted, like a monster from one of the ghost stories we used to tell as kids, the past has been finding its way in. It bubbles up through the cracks when I'm not paying attention, and pulls me with its greedy fingers.

This is what they warned me about for all those years: the heavy weight in my chest, the nightmare-fragments that follow me even in the waking life.

After rescuing Julian from a death sentence, Lena and her friends fled to the Wilds. But the Wilds are no longer a safe haven. Pockets of rebellion have opened throughout the country, and the government cannot deny the existence of Invalids. Regulators infiltrate the borderlands to stamp out the rebels.

As Lena navigates the increasingly dangerous terrain of the Wilds, her best friend, Hana, lives a safe, loveless life in Portland as the fiancée of the young mayor. Requiem is told from both Lena and Hana's points of view.


"Before starting, readers should turn off their cellphones and wipe their schedules clean, because once they open the book, they won’t be able to stop. A dystopian tour de force."

"Is there a theme more perfect for YA readers than choosing what you want from life rather than being told?"